Problem was, the guy had Parkinsons. Like, really bad. Every muscle in his body seemed to twitch when we spoke. He could hardly walk and when he did it was with an awkward shuffle. In order to listen to him, I had to place my ear within a foot of him. And even then, as deaf as I was (and still am), I struggled to understand him.

But, every once in a while, his voice would speed up, lilt ever so, and he’d break into laughter. I never knew what the joke was, but I laughed anyway.

So, about once a week, we visited the man and spoke of repentance and faith and Christ. In the evenings, I would sit on the balcony of our apartment, look at the distant skyline, and think about Rob.

How miserable his life was. So incapacitated he couldn’t care for himself. So flattened by his illness, he refused to let us into his home because (I suspected) he was embarrassed because he was unable to clean his own home.

I did what I could do–I prayed.

One night, as I prayed, a thought entered my mind. In Mormon-dom (and much of Christianity), we treasure thoughts that come into our mind because that’s how God speaks to us. Trouble was, I wasn’t ready for this thought…

Like the apostles of old, I felt that God was calling me to extend my hand to him and raise him from his sick bed.

But what if I was wrong? What if I misunderstood? What if my faith was insufficient?

What if I failed?

So I ignored God, the Almighty Creator of heaven and earth. (Yeah, dumb idea).

But God has a way of getting His way.

The thoughts continued without ceasing. Soon it so occupied my mind that I thought of little else

The day of our next visit came. We knocked on his door.

We knocked some more.

We turned to leave, but paused. A faint sound came from inside the house. What was it?

I bent, placing my ear on the door and I heard it–weak, raspy, faint…

My eyes widened and I shoved the door open. I rushed toward the sound of the voice, dodging piles of clothes, VHS tapes, and empty food cans. I turned the corner and saw Rob, soaked head to toe in sweat, bending over his bath tub.

He was stuck, and had been for hours, unable to free himself from his fall.

My companion and I lifted him from the tub. The man shook, both from terror and from his disease. We half-lifted him to the couch and the man sank into his sofa, shoulders dropping in relief.

“Thank you. Thank God. Thank you.”

Silence followed, leaving room for the not-so-silent thoughts that never seemed to leave my mind…

Having just seen the pitiful, near-death state of this man, I found the courage I sought.

My companion’s eyes widened. (Probably should have told him I was contemplating this, eh?). He shook his head with a silent don’t you dare gesture.

We stared at each other for several moments. His eyes danced with activity, a window to his thoughts–could it really happen? Could these two naive young men really heal me? But what if they can’t? What if I let them try and they fail? What if the hope poisons me? What if…

I wish I could say I was devastated. But really, I was relieved. I didn’t think I had the faith to do it.

But what if I had?

Are we afraid to hope?

Have you ever been poisoned by your own hope? Have you ever expected something good to happen only to have it not? Did it hurt? When you fully expected to land that “dream job,” did it hurt when they turned you down? When your sick child you prayed so fervently to be healed remained sick until death, did that hope turn against you? When you fully expected to find success in going back to school, did it hurt when you had to quit after the first semester?

Traitorous, traitorous hope. Maybe it’s best to expect the worst and be pleasantly surprised rather than wrenched when our hopes fail.

Atheists have faith too

Here’s the problem when we refuse to hope: when we fail to hope, we fail to exercise faith. And no, I’m not giving a religious sermon on faith and hope. Atheists have faith too. Scientists have faith. Faith is little more than belief in a hypothesis, right? As a statistical scientist, I have faith that projecting the slope of a regression line into the unselected space will yield unbiased parameter estimates of the population value. A physicist might have faith that after repeatedly smashing particles, the Higgs Boson will emerge from the rubble. A social psychologist has faith that if they present people with an unethical choice, they will make immoral behavior when told to do so by an authority figure.

In science, we believe a hypothesis. And that belief gives us the gumption/stamina/endurance/resources/will to endure opposition in the face of adversity.

Few successes in life that are worthy of our effort are easy to obtain. They require faith–a belief in an outcome that sustains us during opposition.

Out of fear, Rob wouldn’t allow himself to hope. Because he failed to hope, he gave no effort.

Would he have been healed? I don’t know. But the tragedy of this story is that he never tried.

Why the need to spare our feelings?

As one who has, time and time again, met failure, I know it sucks. I know it hurts to hope only to have that hope dashed, thrown into a blender, then ripped to pulp and liquid. It really sucks. It really hurts. But what hurts worse is not even trying.

Where are you at? What is it you want? Or do you (like I often do) not even allow yourself to think about what you want because you’re afraid to hope? 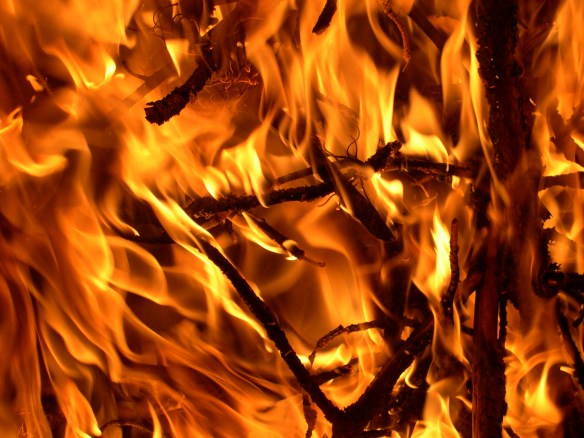 Well…stop it. (How’s that for flowery rhetoric). Maybe it’s as simple as trying. Probably not. There will likely be some effort involved. Well, get out there and let the hope burn like a bonfire. Let it burn so hot that you can’t help but know it’s going to happen. And when you know it will happen, the effort, the gumption, the endurance will follow and the only thing that will stop you is letting that fire fuel your thoughts and efforts until it happens.

And maybe that fire, that hope, will burn you. Yeah, it’ll suck. It’ll really hurt.

Or maybe it won’t burn you.

Either way, it’ll cost more to not try.

9 thoughts on “Are we afraid to hope?”