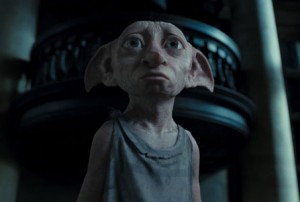 Alright folks, gameday is coming. The landscape crew has cut the grass in that fansy-pantsy zigzaggedy pattern, the concessions are stocked, and the cleaning crew have mopped up the vomit and spit (though, rest assured, the dried gum remains under the seats). Gameday is coming! Your team? Your cast of characters!

The question is, will your characters make the cut?

First, a little background. I’m a card-carrying (metaphorically speaking) member of the Ubergroup in Scribophile. As part of said Uberness, I often opt for the intense, brutal, butt-kicking, sweat-inducing Beta team. Each week, one novel is put to the test, with 4-6 fellow writers. Within a week, said novel is workshopped–ripped from the author’s bosom, put in a blender of criticism, and chopped and mixed, blended and minced until the author cries Onkel!

As part of this band of snarky scribblers, I noticed a trend–so many secondary characters do not interact with the plot. It’s as if the novelist said, “hmmm….I only have a protagonist and an antagonist. But the last book I read had 200 characters. Okay….I think I’ll just make up a bunch of names and stick them in somewhere. Yeah, that looks good!”

The end result? A cast of cardboard characters that don’t drastically alter the course of the novel. Let’s begin with an example:

Jim is an aspiring middle-finger model. Despite the protest of his mother, Cherie, he moves to Blanchard Prairie, WY (the Hollywood of middle-finger models) and auditions for America’s Got Anger. There he meets Lola Valentine and falls in love. While building a hog trough for his bride-to-be, he accidentally injures his hands when a pig steps on them. Now, he must rethink his aspirations or settle for love.

Let’s think about what characters are essential.

(2) Cherie? So far, no. Though she protests his aspirations, she doesn’t significantly alter the plot. She could be removed, and the story would remain largely the same. So how do we fix this? We fix it by having characters do things that are essential to the plot. So, rather than Jim losing his hands in an accident, what if his psycho mother does it to him? Now we’re talking. After all, the loss of hands is an important plot point! If we can have a secondary character incite that plot point, then they become essential.

(3) Lola? Meh, not bad, I suppose. But so far, she’s barely making the cut. She’s cardboard. She doesn’t do much other than become a love interest. So how can we make her integral to the plot? Maybe Lola is the daughter of the producer of America’s Got Anger. Jim starts stalking her to get an “in” with the “big dawgs.” But, he ends up falling in love! As his relationship advances, he discovers from this debutante/insider that America’s Got Anger is just a cover for a baby-powder smuggling ring (those fiends!). But as Jim’s relationship progresses, Lola’s father grows a liking to Jim and offers him a seven minutes in the spotlight. It’s what Jim always wanted. Lola says it’s her or his career. Now, Jim must choose between love and morals, or between fame and villainy!

Now what would happen if Lola was removed? Well, Jim wouldn’t have an “in” to America’s Got Anger. He wouldn’t learn of the smuggling ring and he wouldn’t have injured his hand (because he wouldn’t have been making a hog trough). Basically, without Lola, the plot crumbles (or at least it does now).

So….here’s some questions/suggestions about secondary characters:

(1) How would the plot change if I removed this person?

(2) How can I make this person’s role more integral to the plot?

(3) Are some characters pulling more weight than they should?

(4) Should one of my secondary characters do something that someone else is doing?

Think about some of your own favorite novels. How have secondary characters played major roles?

(1) Dobby was a secondary character, but ended up saving Harry Potter’s life in the end.

(2) Rue was a secondary character in Hunger Games, but became the MC’s ally, saving her life, and Rue’s death gave Katniss purpose that propelled her into the second book.

(3) Bean was a secondary character in Ender’s Game, but he gave Ender the idea on how to defeat the buggers. (And subsequently, he got his own series!)

So now, go back to your novels and ask that question–how are my secondary characters interacting with the plot? Are they significant enough that I can’t remove them?