Alright, I’ll quit my yapping and get to it.

I was in New Jersey on a job interview. Traveling has its pros and cons. I do enjoy the silence, but the thing I miss most is having Amber next to me. There’s something about having her in the same bed as me that’s soothing, you know? And when she’s not there, I feel like a child missing a favorite blanket and binki.

So, needless to say, I tend to not sleep well in hotels.

And such was that night. It was Thursday of last week. I tossed and turned as I listened to the rumble of car engines outside my fourth story window. The muted sound of another guest’s TV seeped through the walls. My head sank into the overly soft pillows.

Don’t get me wrong–I enjoy meeting new people and finding mutual interests and the synergy that comes when two like-minded people talk shop.

But it is exhausting.

So I finally drifted off to a shallow sleep. Just after one AM, something woke me. Shouting of sorts. Maybe it was a dream. I closed my eyes again and tried to focus on my breaths.

But no, the shouts were not a dream. My pulse elevated and a pit began to develop in my stomach.

More shouts, peppered with profanity. Something about the way the shouts happened–two guys yelling in rage. A woman’s panicked screams.

I had a sneaking suspicion that I knew what was going on.

I wanted to cover my head in pillows, but worried what consequences would result.

Instead, I walked, trembling, toward the window that overlooked the main road.

I didn’t want to see it, but what would happen if I didn’t?

So I opened my eyes.

A man lay unconscious in the middle of the road. Another guy stood over him, grabbing his shoulders and shouting. A third guy paced, shouting at the other conscious guy.

It was what I feared–a fight had broken out outside my window.

I grabbed my phone and called the police. Within a few minutes, red and blue lights spilled through the windows. 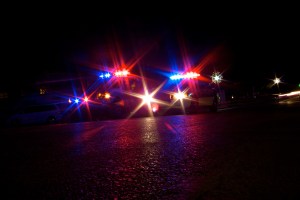 My job was done. Police were called. I did my duty. It was time to relax again, right?

Maybe I’m just a sissy. I’ve been cursed with empathy, I suppose. The sort of empathy that wouldn’t let me not care about the unconscious guy on the ground outside my window. I thought of the guy’s mom and whether she’d get a phone call about a concussion, a broken nose, brain damage.

And then the thoughts began to spiral. What if that were one of my sons? I can’t protect them forever. Would I one day get the phone call that my kid is on life support at the hospital?

A consuming darkness filled me. Every happy thought I tried to focus on was polluted by it. My kids? My work? My hobbies? My life?

Nothing I thought about could bring joy.

Now, I’m an optimistic guy. I rarely lose my enthusiasm for living life. Even if work isn’t going so well and the kids are fighting and a project is on the brink of collapse, I rarely lose hope that, with another day, the stress will pass and I will again find enthusiasm for something in life.

But I couldn’t then. Let me say that again. I could not hope.

Humanity is spotted with abhorrent acts of inhumanity.

And I didn’t hate the antagonist. I was just sad that someone’s anger could get so out of control that they wanted to inflict such pain on another person.

Where was his humanity?

It’s typically about this point that I give some “lesson learned” comment. I’m not sure I have a lesson here. My first thought is to say, in the words of Bill and Ted, “Be excellent to each other.” Let’s not let our anger boil so hot that we lose our humanity, whether through physical abuse or (sometimes just as bad) verbal abuse. Yeah, we don’t have to love everybody, we may even allow ourselves to despise certain people. But please let us not lose our humanity.

My second “lesson” is to remember the many many people who suffer with depression. My bout with hopelessness lasted about a day and now it remains in the back of my mind as little more than an unpleasant event that I can easily dismiss as I get back to work or writing or playing with the kids or building or whatever.

But there are some out there who can’t do that. They can’t dismiss the hopelessness with a night of restless sleep. No amount of positive thinking or counseling or reading of self-help books pushes the darkness away. 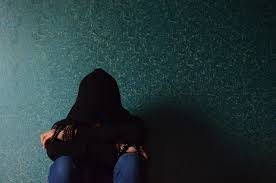 What does for them? I’m not sure I know. I’ve never been clinically depressed. But I suspect that judgmental thoughts or dismissive advice or DIY elixirs won’t fix anything. Instead, I suspect the best therapy is to be human–to empathize and to love unconditionally. To assure them they’re not any more fallible than ourselves.

So, I guess if there’s a lesson to be learned, it’s this–let’s be human. Let’s not let our anger annihilate our civility. Let’s not assume because optimism is easy for us that it ought to be easy for everybody. Because it is not.

4 thoughts on “On being human”