The Nexus has Fallen

Cole’s village—destroyed. The unintelligent villagers he loved—dead. And it won’t end there. The Malkum—a rogue think-tank—hunt humans whose intelligence has re-evolved since the Malkum instigated the Genetic Apocalypse. In a desperate attempt to prevent genocide, he searches for a legendary rebellion. 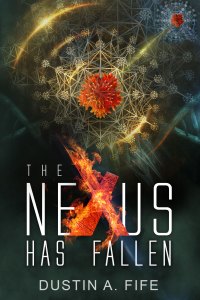 When he finds the rebellion, their army stands behind a corrupt general—one Cole must topple. And the rebellion has lost control of the only weapon they have—the Nexus, a mind-altering tool that hides memories and alters loyalties. Now the Malkum know where to find the rebels. And they’ve also discovered the rebellion has stolen the only copy of the world’s data—the Archive.

James had it all—good looks, a winning personality, and parents who loved God and turned a blind eye to his shenanigans. Then the divorce happened. Struggling to find acceptance in a new town, without the support of his perpetually-working mother, 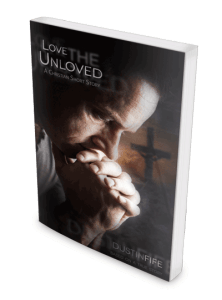 he lands in a crowd who lives from one high to the next. When caught and imprisoned, he must choose between conquering his addictions and succumbing to suicide.

Rachelle is a God-fearing woman who struggles to cope with a history of abuse. In an attempt to unchain herself from the past, she ministers to others who’ve suffered. Yet when her own past haunts her marriage, she must face her repressed trauma before her relationship collapses.

Based on a true story, Love the Unloved is a Christian short story of a man’s fight against temptation and a woman’s struggle to heal. With God’s aid, they must come together, look outward, and build a family founded on grace.

Cordenqua’s village fights a never-ending holy war with the neighboring heathen tribe. Anxious to prove himself as one of Almighty Eloq’s warriors, Cordenqua charges into battle on the eve of his fifteenth birthday and accidentally causes his father’s death. Consumed with grief and guilt, and despised by his fellow villagers, he runs to Eloq’s Temple knowing the God will strike with lightning any who enter. Killer of Father, traitor of faith and tribesman, he leaps through the archway to his certain death.

Uncertain why Eloq spared him, he searches the Holy Writ and finds an ironic prophecy concealed between two pages sewn together, foretelling the destruction of his false religion. As he investigates his people’s sacred traditions, he learns the religion was fabricated by a mysterious enemy to keep them in perpetual war for some unknown purpose. Before Cordenqua confronts the Creators of the false religion, he must convince his spiteful villagers their sacred faith is false and to follow him to Eloq’s Temple before they die in meaningless battles. However, as he begins his trek back to the temple, he is sentenced by the village holy man to die for his blasphemy, and he must rely on those he’s convinced to free him from the people he seeks to save.

Available for Purchase May 2017.

Constantly threatened by an abusive father, an uncaring mother, and the crushing force of an incoming black hole, thirteen-year-old Alvin Stone’s only solace is diving headlong into theorems, axioms, and proofs. Yet when Alvin’s once-dead brother returns, Alvin discovers that even physics and mathematics aren’t as simple as they once were. Forced against his will into a top-secret governmental program, Alvin must choose whether to fight the system that enslaves him, or save the world from the black hole–Mortem 57.

John Walsh killed a man. Or a woman. Or, heaven forbid, a child. He can’t remember. It was the only time his brain-plant worked–the implant that allows one to selectively forget events. When his computer is hacked and he’s accused of the unsolved murder of a corporate executive, he must discover whether the accusation is true before his own murder takes place.