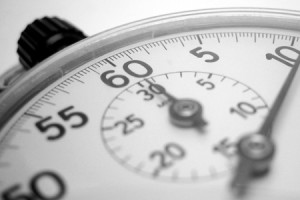 Eventually, every writer needs to answer that question.

“Or are you just messing around?”

And that one too.

Six months ago, had I asked myself that question, I might’ve said, “um…hello? I’ve written three. entire. books. Not too many un-serious folks do that sorta thing….

I wasn’t ready to address that question.

But I am now. So it’s time to quit screwing around.

I wasn’t ready to be an author. Case in point–about a year ago, I had an agent request pages from me. She was my dream agent–my top choice. She was the ninja agent. My shaking fingers struggled to steady enough to hit send.

And yet, I waited for the rejection to come. My wife tried to comfort me. “It’ll work out. She’ll like it. She’ll be your agent.”

No. It didn’t feel right. I knew it. I had, for a couple of days, the gift of prophecy, perhaps. I had that gut feeling–this wasn’t going to pan out. And it didn’t.

I knew it wasn’t right, knew I wasn’t ready. It had been too easy.

I wasn’t serious. No blood. No sweat. No tears. Just a handful of half-expected rejections. I was playing, having fun pretending to be a writer.

No more. I’m ready to be successful.

It depends on who you ask. Some will not be content until they’re on the NY times bestseller list. Others are pleased with 50 downloads. Still others want to make millions.

I’d like to see one of my books in Hollywood. I’d like to make millions. But these sorts of goals don’t motivate me to do anything but pray, and pray hard. ‘Cuz luck would be my only ally.

Success for me is when I’m making enough money to quit my job.1Not that I want to quit my job. I like it. But it’s a easily quantifiable goal. And if I can have two jobs, all the better 🙂 No, I’m not a shallow money-monger It’s not about the money. But money is quantifiable.

After all, I am a numbers guy.

No, it’s not about the money. It’s about you all. It’s knowing that there are people out there–people I’ve never met that are experiencing an emotion that I intended them to experience because they’re reading my stories.

So no, I’m not a shallow money-monger. I take sadistic pleasure in toying with your emotions 🙂

What will it take to be a successful writer?

Ever wonder why millions try and millions minus a handful fail? Why is Amazon’s book list cluttered with dead books? Or why is it that the median writer makes less than $10,000 a year?

Because only a fraction of a handful are serious. And the rest of the handful?

Lame, I know. It gnaws at my atoms that luck plays such a major role. But luck is an unreliable ally.

Screw luck, man. I’m going to be part of the faction of the handful that make it despite luck.

What’s it going to take?

That gift of prophecy is back–that gut feeling. Somehow, I’m feeling that tingling in my belly, that warmth in my chest that tells me that this is how I’m going to do it.

And you get to watch it happen.

1. I’m going to have five books completed in the next 18 months. There, it’s in the open. That means it’s going to happen. I’ve got three done. Two to go.

Most successful writer pen at least five books before making any decent money.

I heard a story of a guy who gave his book away for free to build his platform. In one day, he had 50,000 downloads. Sweet. Except that was his only book. Now, if any of them 50K liked his book, what’re they going to do now?

They’re going to forget about that “oh, what was his name” author.

I need several cards up my sleeves. Tease here, lure there, and reel in with book five.

I can do that.

2. Build a platform. No matter whether you’re going the traditional publishing route or self-publishing, a platform is key.

Are you listening, audience of four??

Thanks for being here. Please, tell your friends.

And now I feel like a pompous jerk–like I’m only being your friend to build my platform. *sigh*

Again, it’s not about that. It’s about connecting to people, interacting, hearing your stories, of the emotions you experienced because you read my books.

Vanity? Maybe. But I hope not. I hope it’s a human connection–one we can make together through the characters that waltz the pages of my books.

3. Land an agent. “But, but, but, but….weren’t you just talking about self-publishing?”

Maybe I was. Maybe I wasn’t. I don’t know what I’m going to do. I’ve ran the numbers and they seem to suggest that self-pubbing is the way to go.

But there’s one major caveat…

Indie authors who first published the traditional route made 2.5 times more than those who did not.

I suspect it’s because those who went the traditional route were just better authors. It seems the system is working, to a degree. It’s filtering out those who don’t do well. (Although it may be really tough to tell the JK Rowlings’ from the midlisters).

If I land an agent and publish the traditional route, that tells me something–that I’m not one of the millions who erroneously think their words are gold–that I’ve actually got something here.

And How am I Gonna Do it?

So here’s my commitment to do–I’m going to keep you updated. With every blog post, I’ll let you know how close I’ve come to my fifth book, how near I am to an agent, how many queries I’ve sent, what I’m doing to grow my platform.

Comment on August 8th, 2015. I stopped posting my updates at the beginning of blog posts because (a) it was kind of annoying, and (b) it was redundant with the “novel progress” sidebar.

And I need you. My own personal sense of duty is strong, but imperfect. If no one’s listening, I may remain in darkness. If no one cares about my progress, I may not post it.

16 thoughts on “What’s it gonna take to be successful?”