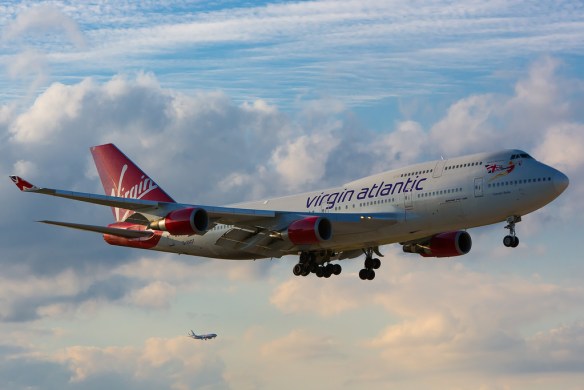 Let’s imagine you’re kinda crazy. You enter an airport, blindfolded, grope toward a ticket counter, and tell the cashier to give you the next flight, but ask them not to tell you where you’re going!

After all, you want to be surprised 🙂

Where you gonna end up? Jamaica? Wyoming? Delaware? France? The moon?

Aren’t you excited already? That anticipation is killing me!

Have you ever read a book that’s BORING! Yes, yes, and yes.

So how do you avoid having boring parts in your writing?

I have a theory.

Avoiding boring-ness comes down to balancing uncertainty with expectation.

Let me give an example of something boring!!!!!

John woke up and looked at his alarm clock. 6:05. The sun filtered through his window shades, illuminating the baseball posters, comic books, and quotes that hung on his wall. He stood, stretched and scraped the ceiling with his gorilla-like fists.

Why is this boring? Because it has no forward momentum–there’s certainly uncertainty, but more of the type, “what the heck is going on? Why should I care? Where is this going?”

Now, let’s give John some forward momentum. Forward momentum means that the reader has some expectation about what’s going to happen next, coupled with some uncertainty about the outcome.

For too long, John’s been bullied by Tommy. But today would be the last day.

We have forward momentum. We expect that Tommy will do something about the bully, but we don’t know what it will be. So we keep reading to find out.

John packs his bag with pepper spray, brass knuckles, and most importantly, a slip of paper

Again, we have built the forward momentum. Now we get a better sense of what’s going to happen (he’ll confront the bully, presumably violently) yet there’s still an air of mystery (what the heck is that piece of paper for?).

When John arrives at school, his bag is searched. They find his mace and brace knuckles, but let the paper slip. As they send him to the principals office, he suppresses a grin.

Here, we deepen the mystery–again creating uncertainty while also giving us a sense of forward momentum. The reader knows that some crazy, unexpected standoff is going to happen between John and the bully, they just don’t know what.

John has boarded a plane to some unknown place and the anticipation is killing us!

How do you do it?

SImple, methinks. To give forward momentum, all we need is one thing:

Yup. That’s it! John wakes and he’s decided he’ll defeat the bully today. Now as we read that chapter, we have an expectation–a reasonable idea of what the chapter will be about.

But now we need to add uncertainty. How do we do it? In one of two ways:

1. A promise of obstacles

2. Withholding information from the reader

In John’s story, we did the second, but we also could have done the first:

For too long, John’s been bullied by Tommy. But today would be the last day. Okay, so maybe Tommy is twice his size. And maybe Tommy has a dozen minions. Okay, so what if Tommy carries a knife and has a penchant for vengeance? So he has a blackbelt. And maybe John’s only five foot two with a wiry frame and bad eyesight.

Still, John would do it. Today.

All he needed was a plan.

Nice! So we have an expectation (that John will confront the bully) and we have uncertainty stemming from obstacles (and there’s a LOT of them).

Can you think of examples where an author has balanced expectation and uncertainty?