This week, my wife and I will have been married ten years. 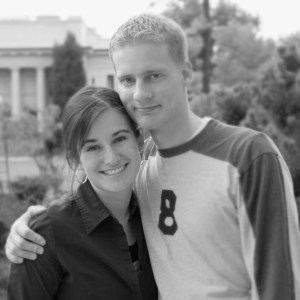 I’ve said this before, but I loathe public proclamations of love. I’ve known of too many people who speak insults and threats of divorce in private while proclaiming undying love and affection in public.

On the other hand, I have been deeply moved by those who have not shied away from showing their love. I remember, as a missionary, seeing the way some friends (John and Katie) interacted with one another. It wasn’t a show specially scripted for me, but rather it was just who they were.

They loved each other, whether anyone was watching or not.

Likewise, I love my wife. 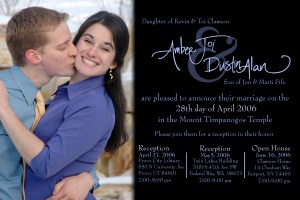 So, allow me to give you a peak into the woman behind the me. I am who I am because of her.

It will be difficult to condense who she is, but allow me to share four stories that illustrate her. 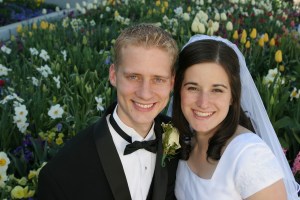 Not to me. I hate traveling. All I wanted to do was “settle” in our new basement apartment. Between our honeymoon and our trip to Washington, we had only two days to unpack our stuff and move in to our apartment. I wanted nothing more than to get it done and watch a movie. Together. As newly weds.

But Amber is a slow unpacker. Day 1 passed and she was still unpacking. I begged her to finish by the end of Day 2 so we could watch a movie.

She promised. But the day came and went and she was far from finished as darkness approached.

“It’s important to get this done,” I said.

My face tightened, my throat tightened. Heat rushed to my face.

I really hate to admit this, but…

Grown man wanted to watch a movie and didn’t get it.

She dropped the box she had carried into the apartment, kicked it aside, and said, “we’re watching a movie.”

“No,” I said, wiping the stupid tears from my stupid eyes with my stupid hand. “We need to finish.”

“Nope.” She sat me down in the porch swing we’d received as a wedding gift (the only furniture we had). “We’re watching a movie.”

And for the next two hours, we snuggled under a blanket, forgetting about everything but being together.

In the years since, we’ve spent loads of mula on popcorn, pizza, balcony sitting at the Warren, and even a private theater. But no movie experience was quite like that one.

For my Amber, it is not enough that she “let” me be happy; she insists on my happiness.

(2) At the conclusion of our first date, Amber told me she needed to pick up some friends from the airport and invited me to go. As we traveled the 45 minutes from Provo to Salt Lake, we asked each other our favorite sights, scents, sounds, sensations, and tastes. I told her my favorite sound was soft humming to piano music. (I don’t know why, but nothing soothes me more than that.)

As we traveled back from the airport, the friends she had picked up were elated to see her and so they conversed the entire trip. It didn’t bother me, though I was somewhat relegated to a third-wheel position.

While listening attentively to her friends, she turned on soft piano music and hummed. 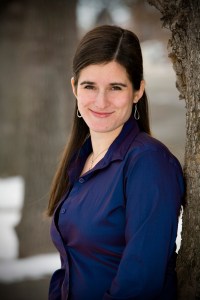 But it didn’t end there. I don’t remember when this began, but several years ago Amber started a ritual that has continued since. After I lay down to sleep, she cracks open a book and, while reading, hums softly until I fall asleep.

There have been times when she’s sick, or exhausted, or busy. But still, she hums me to sleep.

A time or two, I’ve insisted she let me soothe her to sleep. But, inevitably, she stays up late the next night, just for me.

Amber always seeks to satisfy the needs of others before herself. And I (and my children) most benefit from her kindness.

How lucky we are.

(3) Amber is embarrassingly smart. Allow me to illustrate. About two or three years ago, I was working on a flagstone patio for our backyard. After spending hours scouring the internet, more hours digging the hole, and even more hours laying the massive billion pound stones, I had almost finished the job. Amber came out of the house to watch. 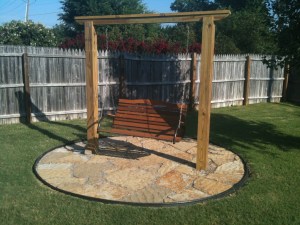 Have I emphasized yet that I’d been doing this for a long time already?

Just as I was about to lay one of the more massive stones, she said, “Don’t you think that would go better in that corner?”

I scoffed. “Amber, I’ve been doing this for hours and hours. I think I’d…”

I looked to where she was pointing, noting the unprecedented puzzle-like match of the current rock to the corner of which she spoke.

Then I laughed. “Fine. You’re right.”

I’ve often joked that I had to get a PhD just so I can feel like I’m not the stupid one in the relationship.

(4) Amber will not let me settle on less than perfection.

So this whole writing thing has been a bit rocky between us. As I said, she’s incredibly intelligent and has a knack for finding things wrong with something. Think Monk without the OCD. After writing my first ever chapter of The Nexus has Fallen, she proceeded to tell me everything that was wrong with it.

Miffed, I vowed never to show her another piece of my writing again.

But, I get kind of excited about my writing and so, several months later, I showed her my much improved, though far from perfect writing.

Again, I vowed never again to show her my writing.

This process repeated for many iterations.

Finally, I’d learned something. I had critique partners a plenty and shouldn’t show her my writing until I had a polished product.

That moment came only a few weeks ago.

I knew this time was different when I saw the intense way in which she held her kindle–knees tucked into her chest, shoulders hunched, breathing ragged, eyes studying the thing as if she were watching the events unfold in real life.

She dropped the kindle, face expressionless.

“That was awesome!” She did this little fist-pumping happy dance and her face lit with a wide grin. 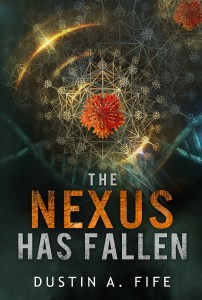 One of my best moments ever. The “Monk” is pleased 🙂

Thank you, my dear, for demanding perfection from me. I am a better writer, better husband, and better person for it. Thank you for letting, insisting, on my contentment.

Life is a gamble. Relationships are a gamble. I’ve seen too many relationships crumble because one person veered far from what they used to be.

Though she does have her weaknesses and struggles, she is nonetheless my rock. She never fails to lift me higher, make me better, stretch me further.

A decade has past and I look forward to the next.

On to eternity. And beyond. 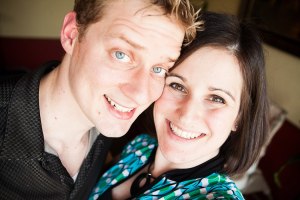