Salt and sugar of the earth.

After spending their life savings to jump-start a non-profit organization (Reach the Children), they got a phone call from The Church of Jesus Christ of Latter-Day Saints. Sierra Leone had been closed to missionary work and Kevin and Toi were asked to reopen it as mission presidents.

They will be responsible for the spiritual and temporal welfare of an entire country and supervise, perhaps, hundreds of missionaries.

But first, they’ve got a lot of work to do. They’ve lived in their home for over thirty years, accumulating stuff and letting some repairs remain forgotten, choosing instead to invest in raising three amazing daughters (one of which is my lovely wife) and two rock-star sons.

They needed to get the home in shape before they could sell or rent.

There may have been some reluctance on their part. These are the type of people who are appalled that the mission presidents’ home has marble floors in a country where such floors could feed a dozen families for years.

And yet, a home in disrepair will not sell or rent.

Unfortunately, this trip came before my manifesto! So, alas, I don’t have any before pictures.

But, I’ll show you what we did do:

1. We painted a bathtub. (Thanks, addicted2decorating for the tutorial!) 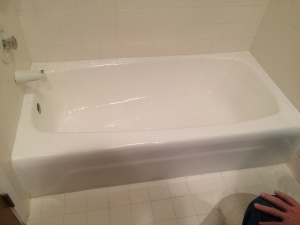 It used to be an ugly yellowish-almond color. Now it looks brand new!

2. We removed wallpaper and painted the dining room. Apparently, several years ago they had a small window replaced with a much bigger one. The people who installed it mudded over the wallpaper! Seriously??? I wish I’d gotten a before picture. Alas! But, we removed the wallpaper, remudded the wall, and painted it. I had some help from my new friend Lisa (who looks exactly like my brother’s wife, by the way). 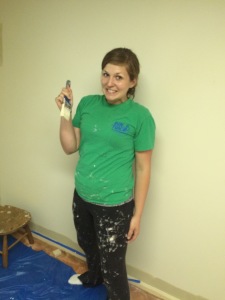 3. We retextured a bathroom and installed new light fixtures. 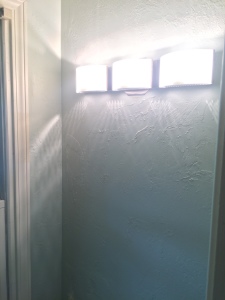 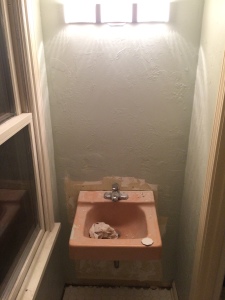 (And you can see old hints of how the bathroom used to look–pink, pink, and more pink). 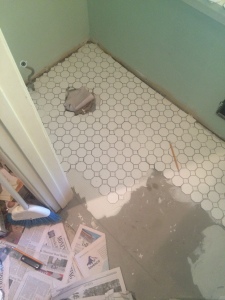 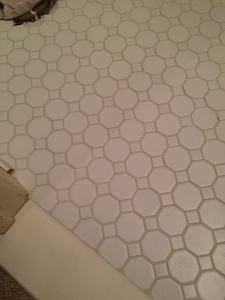 There were so many other things that I didn’t take pictures of: several drywall patches (including texture matches), installing a shower light, patching and repairing a bathroom door, and fabricating a threshold out of wood.

But, the best part was hanging with my in-laws for over a week.

Best of luck, Kevin and Toi. We’ll miss you!