So, obviously I’m too busy.

That excuse has always bothered me. “I’m too busy.”

It especially bothered me as a missionary.

Really? You’re too busy to spend five minutes reading a single chapter of the Book of Mormon?

It bothers me as a statistics instructor.

Really? You’re too busy to take an hour a week to do your homework? You can’t squeeze one single hour? Are you so busy that every single minute of your day is already spoken for? Do you have to schedule bathroom breaks and catnaps? Do you binge microwave burritos while you’re on your way to meet foreign delegates?

Are you that busy?

That you can’t spare five minutes a day.

When you think about it, that excuse is pretty dumb.

And yet, I’ve been too busy to write this post.

And now, let me lay it all out there. No, I’m not making excuses. I’m writing a blog post. I’m participating in digital therapy. So, in the interest of healing (I hope), can I have permission to whine a bit?

Back in February, I finally got a job offer as a professor. I’ve been trying for three years (looooong story) and had several interviews, but this was the first that netted a job offer. 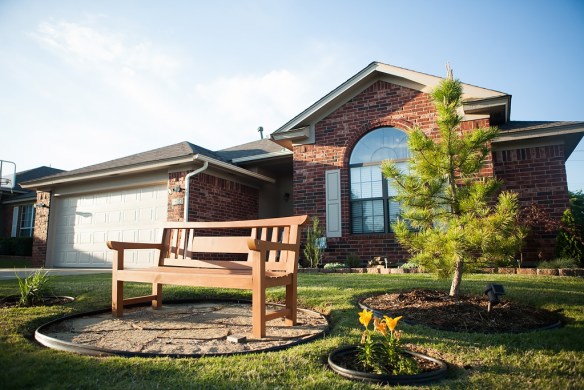 With high hopes, we placed our beautiful home on the market. With a bit of modern flair and delicate landscaping, I was certain this baby would be claimed within a day or two. A week tops. With more optimism than we deserved, we flew to New Jersey to hunt for a house. We found the perfect little house and made an offer.

They rejected our offer. You know, that whole, “we don’t like that your offer is contingent on the sale of your house,” thing.

We were dejected. We’d spent hours upon hours, going from house to house, and found the one we loved. We were going on a plane the next day. It was millimeters from perfection.

But that one millimeter distance resulted in a catastrophic plummet down a cliff of despair. (Okay, I’m exaggerating).

But we were dejected, to say the least.

But, we picked ourselves up and on the morning of our flight back to OK, we went at it again. And found another beauty. The place was surrounded by 15 acres of beautiful trees (four of which were ours). The home itself was tucked into a driveway, far enough from the road to feel like my Walden. The silence was complete and blissful.

Again we made an offer.

And again, our contingency was rejected.

A wasted trip. A thousand dollars buried in plane tickets.

I was devastated. Like many, I loathe uncertainty. Where would we live? Would we even have a home to go to? Could we afford the exorbitant prices of rent if we had to? Where would I store our things if we had to move into an apartment?

Oh, but that’s just the beginning.

So we returned home, deciding we wouldn’t make another offer until our house was under contract. Sure, it was taking more than the week we’d hoped, but surely our house would be scooped off the market soon.

Showing after showing, scooping screaming kids into the car and having two dogs run around in our not-so-large minivan. Obsessing about whether that undusted ceiling fan would turn away a buyer’s head. Did I pull all the weeds? Did I forget to edge? Crap, I forgot to turn on the fountain!

When will this end?

“The kitchen’s too small,” several said.

So I remove all appliances from the counters, trying to make it look bigger.

“Too close to a busy road,” says another.

We clean and clean. Pray and pray. Whine and whine.

My stomach is in a constant knot. My pulse never seems to slow. My shoulders are always tight. I can’t stop thinking the what ifs…

What if our house doesn’t sell at all?

What if we have to hold two mortgages?

What if we have to rent our Oklahoma home?

What if we have to turn down the job?

What if I have to live half a country away from my family?

And what little emotional energy I had left, I spent trying not to snap at my kids and wife.

And, at the end of the day (or the beginning), I could do little but stare at an empty screen and berate myself that I had nothing but a blank page.

Come on, Dustin, your audience is waiting for you. Don’t you know how many people will hate you if you don’t write? Don’t you remember you promised to write regularly? Now you’re no better than the millions of others who start a blog and fail. Yes, Dustin Fife, you’re a failure.

Perhaps my greatest fear—failure. Normally, that’s enough to jumpstart my psyche. But I couldn’t. The strength, the passion, the interest wasn’t there. I was a soulless body, going through the motions because I was spent. So instead, I did things where an emotional investment wasn’t required—I watched movies, I took naps, I stared blankly at my screen.

Have you ever been there?

And you know what, it’s okay.

Ya’ll know I’m a psychologist, right? Well, I’ve been reading of late about an up-and-coming theory of psychology called Behavioral Investment Theory. The basic idea is this: in order to survive as a species, we must expend less energy than we consume. Otherwise, we starve.

According to this theory, depression is an adaptive behavior; when our efforts fail to produce the desired outcome, we fall (plummet, really) into a state of minimal energy….

Depression is the body’s way of conserving resources until the circumstances change enough to where the effort we produce yields something.

Sometimes, the reaction of our psyche is maladaptive. Sometimes we sense failure when it isn’t present. Or sometimes, our failure isn’t life-threatening.

And yet, we still shut down.

Did I have depression? I don’t know. I don’t want to trivialize those who suffer and say my minor skirmish with my psyche was anything compared to the war others fight (much more intensely and for much longer). But depression isn’t a binary thing either—it’s a spectrum. So yes, I was depressed and more so than I’d been in a long time.

And so, I emotionally shut down.

I was in church yesterday. The Sunday School teacher gave an excellent lesson on mental illness. One of the comments of the class-members really stuck with me:

If someone breaks their leg, nobody says, “Hey, so when are you going to be off crutches? When are you going to run a marathon again? Can you hurry up and heal cuz I really need you to do something for me?” Instead, we say, “Take all the time you need to heal.” So why is it so different with mental illness. The best thing we can do for those depressed is to expect nothing.

Wow. I really wish I’d heard that whilst in the trenches of my anxiety. I really wish I’d given myself permission to heal, rather than hate myself for not. ‘Cuz I tell you what—hating ain’t healing. The more you pummel yourself, the deeper you’re buried, the harder it is to get out.

I had moments. A few of them. Little sparks of sanity, or even contentment. As I’ve said before, a contented life requires effort. How do you convince yourself to put forth the effort, when all your emotional resources are spent merely getting out of bed in the morning?

Just do something, if only for ten minutes. (I highly recommend reading Erik Tyler’s blog post on this. He says it so much better than I can).

I knew I had publications to submit, but I didn’t have the energy to do it. That’s okay. Just ten minutes is all. I’ll work through my edits for ten minutes. If my interest isn’t sparked at the end of ten minutes, I can quit without beating myself up.

That ten minutes turned into 3 hours.

Okay, that was nice.

I should be spending time with the kids. Maybe take them to the park or something. But, I have nothing left. But maybe I can just sit and watch a movie with them. Then when they’re going to bed, maybe I can snuggle them to sleep. I can do that.

And I did. And despite not doing what I “should” do, what Super-dad would do, I told them in a different way they were loved.

Okay, that too was nice to feel.

Are you there too?

I’m sooooo glad this has passed. I’m happy to report that our house has sold and we are frantically packing our belongings to leave in two weeks. I thank God my resources have been freed so I can invest in anything but fretting and depressing. I’m grateful I can spend my resources doing those things that actually bring contentment.

But maybe you’re not in the clear yet. Having just returned from the abyss, I can empathize, at least partially. And if you’re not currently in the abyss, it will (unfortunately) come.

It’s okay. Take the time to heal and we look forward to seeing you again. And with you, we will rejoice in your return.

And second, take ten minutes. Start to do something that once brought joy. Crafting? Woodworking? Gardening? Just give it ten minutes. If you’re not feeling it, quit. No biggie. But maybe you will find yourself investing. And maybe that small investment is the impetus for pulling you out of the chasm.

I’ll see you on the other side of despair.

Because the other side is there.

8 thoughts on “When you lack the emotional resources…”