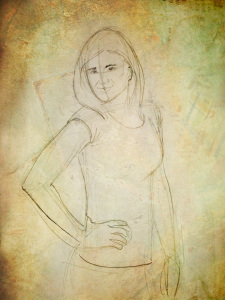 Last we spoke (digitally, that is), we developed the bones from a query template. Now your query is a walking-talking skeleton, with enough form to terrify readers, but not land a book deal. Feeling good yet? Got some direction? Hopefully your informal critique group (those friends, family members, and sentient plants you’re so fond of) has an idea of the main character’s central conflict, goal, and stakes. Now what are we going to do? We’re going to add details, but only if they:

2. Reveal the character arc, and/or

We hear that a lot in writing, neh? What do we mean?

Raise the stakes. /rāz T͟Hə stāks/ Sentence. A term used among writing wonks to indicate an escalation of cost associated with the protagonist losing.

In non-technical terms, “what does the main character lose if (s)he fails?” A love? A life? A basketball? Tickets to a rodeo? A toe nail? (I hear you gasping already).

Here’s one secret to a great query–the higher the stakes, the better the query. Does that mean lives must be in danger? No! But something meaningful to us and the character must be at stake.

What happens if Katniss loses the Hunger Games? Her life, of course. But Suzanne Collins raised the stakes by having her family rely on her success. If Katniss fails, who will take care of Prim? Who will gather food for their family? And what of her budding romance with Gale?

What happens if Harry Potter fails to defeat Valdemort? Harry will die, but of course there’s more than that–muggles will live under the rule of a horrible tyrant, friends and family will be executed, Dumbledore’s death will remain unavenged, and he’d never get to be with that fox Ginny Weasley.

(And I was so going to put an example from the romance genre, but I don’t read romance. Care to comment? with an example?)

So what does that mean for a query? After last post, our query was a bit skimpy. (I did warn you it was the bones of a query). Here’s where we’re going to do–we will add details that raise the stakes.

Let’s think about how to raise the stakes. Here’s where we left off:

Tommy the goat is the oldest of two older brothers who all enjoy feasting on grass in the meadow. Yet when Bibbledy-Basty McFladigan, the neighborhood troll sets their meadow on fire, Tommy and his two brothers’ very existence is threatened.

Now, Tommy and his brothers embark on a journey across the bridge that will lead them to another pasture. As they attempt to cross, Bibbledy-Basty threatens to eat them. Forced to choose between certain death by starvation and probable death by troll, Tommy must decide whether to face his fears or starve.

How can we make it cost more if Tommy fails to defeat the troll? For one, we can make it so he’s not living for himself anymore. Like Katniss, let’s give him someone who relies on him:

Tommy the goat is a proud new father of who dreams of teaching his baby boy to trim his goatee (you saw that coming, didn’t you?).

Okay…that’s better. How can we raise the stakes even more? Well, why not have the evil troll kidnap his wifey-pooh. Now we’re talking!

As they prepare to cross, Bibbledy-Basty kidnaps Tommy’s wife and threatens her life. Either he must forfeit the green meadows and his wife to the troll, or risk her death to save his son from starvation.

Again, it’s still not good writing, but the stakes are clear.

(As an aside, this example’s a bit contrived. In reality, your novel will already have high stakes and you will simply choose which details will heighten the tension, but you get the idea.)

Character arc. /ˈkerəktər ärk/ Term. The process of change the main character experiences during the novel.

Put differently–what sort of transformation occurs in the main character?

In addition to conveying what the character’s arc is, we must also convey what resources the MC uses to do that.

Example: Dorothy’s friend the lion is a coward. By the end of the novel, he realizes he’s overcome his cowardice through his propensity to helping Dorothy.

Another way to put it–the character goes from A to B using C.

So what’s our character arc? (Again, this should be known before we write the query). Let’s say, in our story, the MC has always been the youngest, smallest, weakest of the three brothers (point A). By the end, he becomes a leader (point B), using his paternal and familial instincts.

So now, let’s add those details to the query:

Tommy the goat is the youngest of three brothers. Long considered the “runt” of the family, it’s a surprise he’s the only brother who finds a woman who loves him. When his wife gives birth to a baby boy, he dreams of …

Cool. That looks good. Now we need to talk about his resources:

Driven to protect his son, Tommy must convince his older brothers and his village to cross the bridge that will lead them to another pasture

Nice, dude! (Yep, I’m congratulating myself). At this point, I’m okay with not telling the complete character arc because that will give away the ending. But, we’ve already included details that show elements of his character arc (e.g., he’s actively advocating a journey to the meadow).

A novel cannot exist without obstacles. Nor can your query work without telling us of the obstacles. We’ve already mentioned some (e.g., the troll stops them from crossing the bridge and holds his wife ransom), but let’s make that agent’s grip on your query letter tighten and tremble with anxiety for you MC!

So…maybe the other meadow is far away. Cool. Obstacle #1–check. And, they have to cross a river filled with deadly snakes. Nice. Obstacle #2–check. And, his brothers keep insisting they go back. Woot woot! Obstacle #3–check. Now let’s put that into our query:

Yet his brothers refuse to embark on the two week journey across mountains, snake-filled rivers, and barren landscapes.

Okay…so I embellished a bit 🙂

Bringing it all together

So now with those details, let’s take a look at our new query:

Tommy the goat is the youngest of three brothers. Long considered the “runt” of the family, it’s a surprise he’s the only brother who finds a woman who loves him. When his wife gives birth to a baby boy, he dreams of teaching him to trim his goatee. Yet when Bibbledy-Basty McFladigan, the neighborhood troll sets their meadow on fire, Tommy and his infant son’s very existence is threatened.

Driven to protect his son, Tommy must convince his older brothers and his village to cross the bridge that will lead them to another pasture. Yet his brothers refuse to embark on the two week journey across mountains, snake-filled rivers, and barren landscapes. As they prepare to cross, Bibbledy-Basty kidnaps Tommy’s wife and threatens her life. Either Tommy must forfeit the green meadows and his wife to the troll, or risk his family’s death to save his son from starvation.

Again, it’s not the best writing, but we’ll worry about that in the next round of revisions when we punch-ify our verbs.

4 thoughts on “Query writing: Knowing what details to add”