I didn’t really “fit in” in elementary school. I was scrawny, awkward, and couldn’t afford nice enough clothes to avoid the taunting of my fellow pygmys. I had two outfits that “worked,” and I wore these on rotation, hoping nobody would notice that Mondays, Wednesdays, and Fridays were “Rose Bowl Sweats” days, and Tuesdays and Thursdays were “long-sleeved, Pseudo-pajama Superman shirt” days. (When spring came around, I was reaaaaaaaly screwed.) 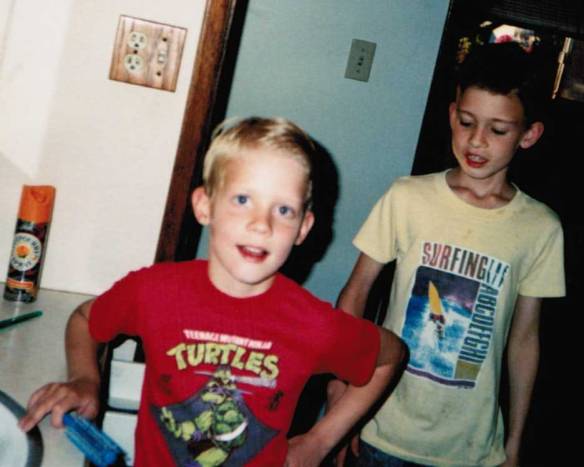 I vividly remember the agony of not quite understanding the social statutes, wondering if today would be the day that I’d commit a fashion faux pas or accidentally let gas pass during silent reading time.

Fortunately, for the most part, I remained unnoticed of the cruelest of my peers.

Eugene1To protect this individual’s identity, I have used a fictitious name was not. The kid wore Malcolm-X-style glasses several decades too late, bell-bottom pants, and cartoon-themed shirts more fitting on a first-grader than a fifth-grader. The poor kid must have had terrible allergies–his nose was always running and there was always a crusty outline of dried mucus below his nose. 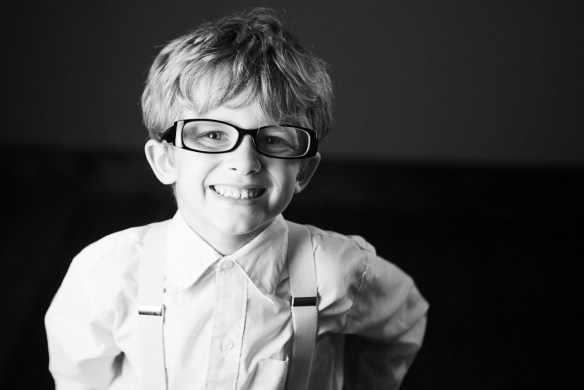 (Photo is not really Eugene. It’s for illustrative purposes only).

All unforgivable, according to the ruthless social mandates of elementary school.

When someone doesn’t “fit in,” people tend to do one of two things. They either ridicule them and attempt to force them to live up to their standards (the active bully), or they pretend they don’t exist (the passive bully).

I don’t know which is worse.

Particularly for Eugene. What nobody knew was what was going on at home.

But I liked the kid. He had a smile wider than a canyon that could lighten a black hole. Every day, he greeted me with that same warm smile and I felt drawn to him. 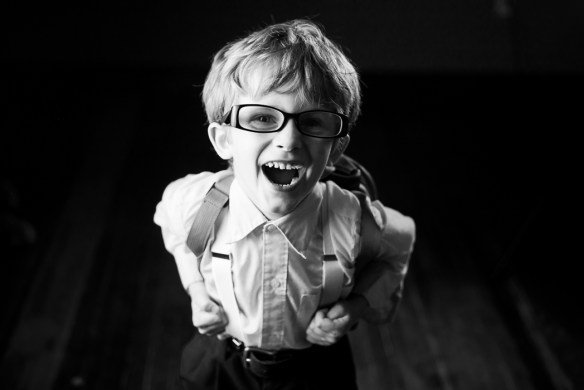 But social pressure pulled me another direction.

I can’t be seen with Eugene, I’d say to myself. But I really like the kid. But he was “weird” and didn’t “fit.”

But I liked him.

But he didn’t fit in.

As I recall, my behavior probably reflected my thoughts–warm on some days, cool on others.

One day, my relationship with Eugene changed. The day was rainy and deeply overcast–the sort of cloud-cover that makes you feel like you’re at the bottom of the ocean–dismal and suffocating. What I needed was to see Eugene smile with his characteristic optimism.

But he wasn’t there.

No big deal, right? It’s elementary school. Kids get sick. Sometimes they skip. Nothing out of the ordinary. Right?

A second day goes by. Eugene wasn’t there.

I started to wonder.

Until I heard the whispers….

“Did you hear about Eugene’s dad?”

My stomach turned and I felt sick. Something was off. I bent forward, attempting to find out what happened.

There was a reason Eugene wore clothes that didn’t fit from decades of the past. That’s all his mom and dad could afford. Those hand-me-down glasses weren’t the right prescription, but Eugene could at least see the board.

What I didn’t know was that Eugene’s dad was a known drug-dealer. I remember the guy–massive and foreboding, at least to a fifth-grader. The man had dreadlocks and a look that froze me in place. He was a man with a reputation for having cocaine and cash.

That reputation cost him his life. 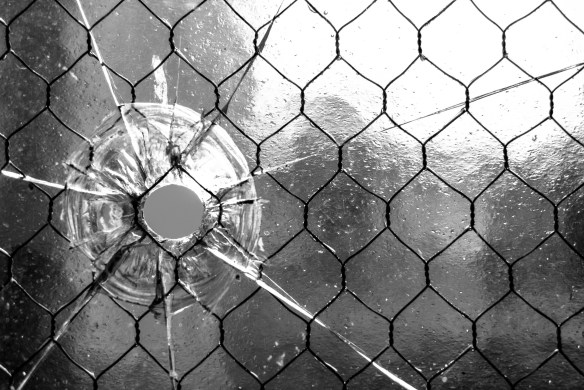 While Eugene and his little brother were sleeping, three men broke into the man’s home, looking for a high and hard cash. His dad leaped from his bed and ran for the door, but not before the perpetrators fired–killing the man, right in front of his wife and two small kids.

Eugene did eventually come back to school, but only for a day. In the years since, I’ve wondered why. Why just one day? Why come back at all?

What did he find?

Word had spread. As Eugene entered the room, it filled with whispers and sideways glances. But nobody reached out to him! Nobody asked him how he was doing! Nobody offered a handshake, or a hug, or even uttered a word of condolence! 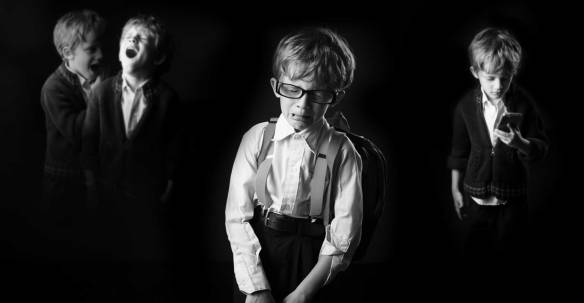 We did as we always did–pretended he didn’t exist. Passive bullying at its finest.

I should have done something.

So here I am. Eugene–if you’re out there…

In restitution for what I did, I have tried to reach out, tried to befriend the friendless, tried to defend those who couldn’t defend themselves.

But there’s something more I can do. Over the last few years, I’ve seen an influx in blog posts, videos, programs, and commentaries on bullying. But here’s my problem–we love to hate the bully. We love to throw our budgetary dollars at addressing the active bully.

But what of the passive bully? 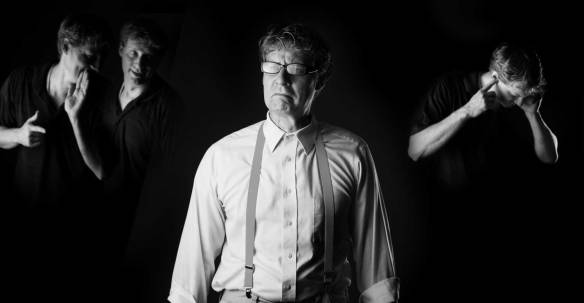 What about the young, or old, Dustins out there that don’t actively taunt those who don’t fit in, but instead turn a blind eye when they should “love [their] neighbor.”

What can we do about the passive bully? I’m not sure programs and politics can fix that.

Today, I am taking a stand. I hope you will take a stand and say I will not be a part of it! When someone is alone or neglected or harassed, let us all have the courage to stand beside the one who stands alone.

In the words of Buddha, Muhammad, Confucius, and Jesus Christ–befriend the friendless, love those that are hated, and reach out to those who are alone.

But really, I don’t have all the answers. I need you. Let’s chat. It’s a problem and it needs to be fixed. What can we do? Drop me a line in the comments and let me know your thoughts.

22 thoughts on “When the passive bully grows up”