Being a dad is the hardest thing I’ve done. But sometimes there’s moments where it all becomes worth it.

And sometimes those moments break your heart. 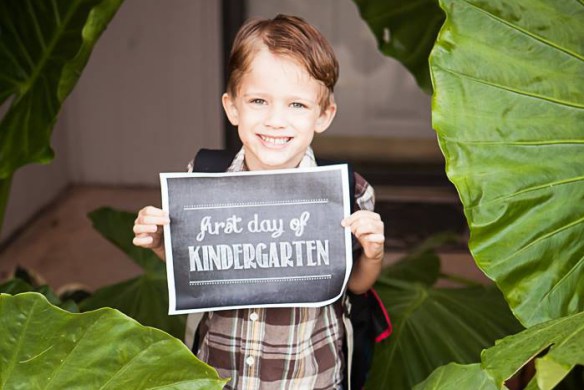 Ethan started kindergarten this week. When I arrived home from work, we were sitting at the dinner table and the following conversation ensued.

“Ethan. How was school?” I asked

My kid? Bullied? My papa bear instincts kicked in, tempered with some suspicion. What did Ethan do? If it’s anything like his interactions with his brother, he must have done something.

I shook my head, making a mental note to make sure something was done about this.

I dropped my fork on my dinner plate. “Really? A student?”

He nodded his head. But this kid was acting silly, so I assumed he was joking (as he’s wont to do). But he wasn’t joking. It was a mask, hiding something that probably troubled him more than I could know.

“Did that one kid punch you?”

Okay…so maybe it was nothing. Kids are kids, kids forgive, kids forget, right?

No. This wasn’t typical kids-being-kids behavior.

It wasn’t until Saturday that we figured out what happened. Here’s a timeline…

Friday: Ethan asks if Ryan can come over to play.

I began writing this post yesterday afternoon. When I got about here, I thought this isn’t over. There’s another conversation I need to have.

I decided I’d talk to Ethan and see if I could melt his goofy facade and see what was really going on in the little guy’s head. We sat by the playground of the elementary school while Amber visited with my oldest’s teacher. Ethan walked in circles, carrying his stack of Yugioh cards.

“Who’d you play with today?” I asked.

“Is that the kid who punched you?”

Ethan paced and paced in a circle, maintaining a chipper tone. “Nope. That was Ryan.”

“Is Ryan still punching you?”

“No,” he said. “Ryan’s dad died.” His tone almost sounded flippant, like this man’s death was a joke.

I grabbed his wrist. “Ethan? Are you okay?”

He cocked his head. 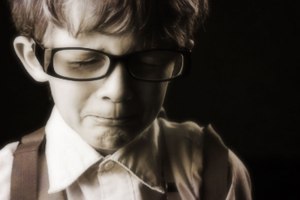 “Are you sad about Ryan’s dad?”

The facade melted and he dropped into my lap, sobbing.

“I don’t wanna talk about it?”

“Are you scared mommy and daddy will die?”

He shook his head.

My own eyes glistened.

“Can we not talk about it anymore?” he asked.

He looked at me, his bluish-green eyes stained with streaks of red.

With time, the emotions distanced themselves from my sweet boy. His chipper voice returned and while we dribbled a worn rubber basketball, he shared with me his ideas on how we can help Ryan:

Maybe we can read scriptures to him. Or give him his own scriptures.

We can invite him to play

Thank you, my sweet boy. Thank you for having a tender heart. I know it hurts to care; it hurts me to watch you care.

But I’m proud of you.

There’s two things I’m gonna ask of you, fare audience of mine. First, go hug your kids. Go hug your parents. Call your brother, your sister. I hope it’s not the last time you see or speak to them, but if it is, you’ll be glad you did.

And second…please pray for Ryan’s family. Yes, I’ve used a fictitious name to protect the family’s identity. But I’m sure God can sort out the details. Pray for peace. Pray for comfort. Pray for healing.

How about all of you? Do you ever wonder what deep emotions they hide in their little heads? How have you broken the barriers?

13 thoughts on “The empathy of a child: A story of compassion”