I’m not a sentimental man.

As a grown man, I’ve only sobbed twice, both times because of sentimentality. (And I mean, bawled, snot dripping from my nose, hiccuping with gasping breaths, falling to the ground and pounding the floor crying.)

But I realized there’s no such thing as sentimentality.

Lemme tell you why.

But first, some background.

When I first realized I wasn’t sentimental

When I was a teenager, I had a fat crush on a girl named Katie G.

I don’t remember how it came about, but somehow I acquired a hair scrunchie from her. I’d like to believe it wasn’t creepy, stalker loot or something. Yes, that’s it. She must have given it to me.

I kept that scrunchie in a box in my closet. Every once in a while, I opened said box and looked at it, expecting to feel….something.

Should I touch it?

Should I sniff it?

Should I tuck it beneath my pillow at night?

I did none of the above. I just kinda looked at it and wondered why this token of my affection didn’t seem to be imbued with the superpowers I thought it should have.

As I prepared to go off to college, I again opened that box with that yellow and red scrunchie. I held it in my hand as if it were an ancient sacred text.

Nah. Still wasn’t happening. No emotional anything connected with it.

So I tossed the scrunchie and never looked back. (Well…er…except for today).

I drove all the way to Utah, patting myself on the back for not being sentimental.

Now, fast-forward ten years. I was in graduate school. For the last several years, I had owned a yellow scooter. This baby was a fine piece of work. It was my primary mode of transportation all throughout grad school. From 110 degree summer days down to 15 degree frosts, this baby was my companion. I picked it up when I arrived in OK and the suppliers forgot to ship the helmut. So, having the amazing foresight of a mid-twenties PhD bound psychologist, I donned the one helmut I brought “just in case.” Cruising at 55mph down Sooner Road, I was the biggest dork in the state.

Cuz’ I was wearing a bicycle helmut.

Well, kid #3 came along and that was it. Riding a scooter was dangerous and with so many depending on me, I decided to part ways. With little thought of the emotional consequences, I posted an ad on craigslist. Within a few hours, I had a buyer.

Feeling the need to give it one last spin, I took it around the block. As the wind whipped past my hair, cooling my hot skin, and elevating my heart rate, I had a moment.

This is the last time.

I thought of the times I’d ridden the 20 minute ride to church “just for fun.”

I thought of the times my eyes streaked with tears when my helmut visor wouldn’t quite close all the way.

I thought of those sub-zero days when I’d wrapped my face in a ski mask, ear muffs, a scarf, and a neck warmer and still couldn’t fight off the frozen air.

And again, the wind rushing past me reminded me that this would be the last time.

And I lost it.

I literally sobbed to the point I had to pull over because my tear-streaked eyes wouldn’t let me see the road. My body shook as I buried my face in my hands.

I came home to find my wife, worry lines etched in her forehead. I hardly had the voice to tell her why I could hardly sit upright. She rubbed my back and suggested I take each of the boys for one last spin.

And I let that scooter go. And I still, to this day, get choked up when I think of it. Like, I really just had to blink some tears away.

But I’m not sentimental. Nobody is.

This is really the reason I wrote this blog post. As most of you know, I recently moved from Oklahoma to NJ. There’s much room for sentimentality when one moves across the state. (But, of course, sentimentality doesn’t exist).

Let me give you some background: nearly every square inch of this house has been touched by my renovating hands. Nearly every room painted, nearly every bit of landscaping altered. Many a floor replaced. Many a countertops demolished and revitalized.

I had built just about every piece of furniture in that house, including many built-ins.

I expected to be emotional when the time came to leave because this has been my eight year project. This house had been my DIY petri dish–the place where I’d learned how to cut in, how to install a new circuit and breaker, the place I’d learned to demolish a floor, how to lay a flagstone patio, and how to patch and match a drywall repair.

I’d done it all in that house. So, of course, I assumed I’d be emotional when leaving the fruits of my DIYin’ behind.

Turns out that wasn’t the case.

The last few days in that house were some of the most hectic of my life: frantically packing box after box, disassembling my table saw and dust collector, loading furniture and boxes, cleaning cleaning cleaning. The day before we left, we had a rigorous 14 hour day of packing, loading, and cleaning. By the end of the day, I was breaths from collapsing.

Then the day of the move came. Amber and I arrived for one final check: all cabinets were empty, carpets were vacuumed, clutter removed.

Busy busy busy. Too busy to think about–no, can’t think about that. Are the windows washed? Did we remember to lock the back door?

This was my home for the last–nope, can’t think about that. Buyer’s realtor was coming to approve the property. Scan n check, windows closed, AC off, lights off. Ten minutes before we head to the signing.

Time to go. Time to…

I stood in the hallway and inhaled. That house had a scent to it–a scent that was not our own. It belonged to the house. The place was as empty as the day I arrived in 2008.

And now it was empty again.

I dropped to the floor and sobbed.

I was leaving her behind. 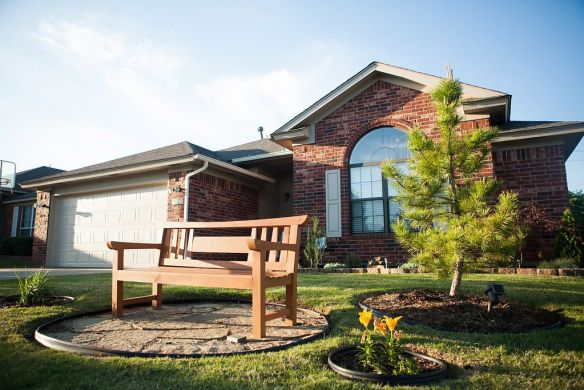 Again, I assumed I would be devastated to leave the fruits of my DIYing behind. But it wasn’t that at all. I didn’t think about the smell of latex paint as I rolled pigment onto the walls. I didn’t think about the cloud of dust that enveloped the kitchen as we demolished the old floor. Instead, I thought of my 18 month old–the one who is now nine years old. I remembered him sitting in this living room, building a train track and watching with delight as the battery powered train circled his creation. I remembered lifting our massive dining room table into the living room to have many-a family movie nights in front of our 46 inch. I remembered singing the same sequence of bedtime songs to my oldest, second oldest, third oldest, and now our little girl. I remembered watching the kids race to the swing-set I just built and trying their darndest to tickle the clouds with their toes. I remembered sitting in front of the fire-pit I built, sharing mission stories to a captive audience of midgets. 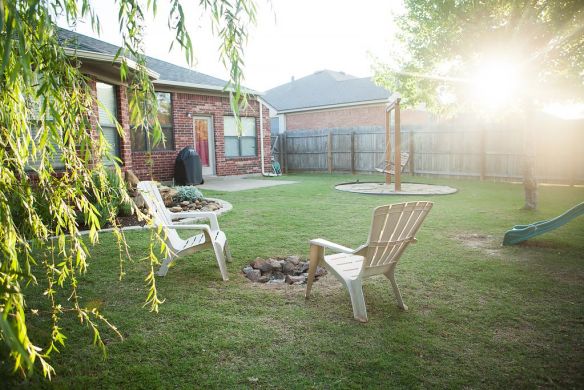 It wasn’t the pride of my DIY that shook my chest with sobs; it was the memories I was leaving behind, memories shaped, formed, and admired in this house that I would never see again.

I envisioned my 18 month old son crouch down to adjust the train tracks, but this time he wasn’t in this living room. Instead, he was in a generic living room in some other reality–one where we chose another home. The change of scenery didn’t alter the emotional connection I felt at all.

It wasn’t the house. The house is just bricks, mortar, plywood, 2x4s, copper wire, pipes. A house is just a thing made of things.

A scrunchie is just elastic and fabric.

A scooter is just metal and fiberglass.

So why do we weep when we leave them?

I think it’s because we, like a guillible mystic gazing at a crystal ball, seem to imbue inanimate objects with some supernatural powers. We forget the objects themselves possess no meaning; they have no emotional capacity; only the capacity we endow upon them.

Like Pavlov’s dog–we misplace the source of our emotional response.

They’re just things. But the memories are not.

Once I realized that, I stood up, wiped the tears from my cheeks, cleared my throat, and left that beautiful home without looking behind.

But I didn’t leave the memories behind.

I’ve brought those with me.

Maybe sentimentality is a disservice?

But really: as I was leaving that house I was a little disappointed in myself that, for the last eight years, I had treated the house as a sort of talisman–that I’d treated a thing as if it were the source of my fondness. 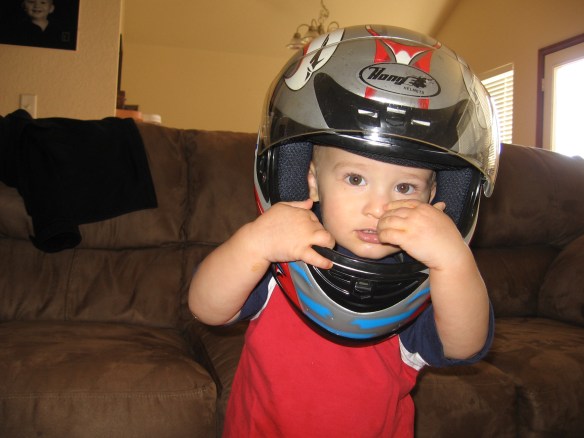 My kids are what matters. My wife is what matters. And maybe if I’d spent a little less time with things (the drywall, the floors, the landscaping), I wouldn’t regret the loss of toddlerhood or babyhood or whatever.

Probably not. I’m guessing no matter how much I cherish now, I’ll still grieve when they grow.

But at least I won’t regret it.

So go hug your kids. Maybe if you squeeze them hard enough, they’ll stop growing for a moment. And if they don’t, at least you won’t regret it.

2 thoughts on “The myth of sentimentality”